About a year ago, I was walking home from the clinic on one of my last shifts of the Summer. I noted a neighbor had almost finished taking out a boxwood hedge. The tops had been sawn off and they were trying to dig and pry out the stumps and roots. My first thought was whether any could be salvaged for Bonsai....Boxwood takes forever to grow and an abandoned plant would be perfect....but these had been too badly damaged. But I asked the owner if I could grab a few pieces.....I heard boxwood was ideally suited for wood engraving....and I'd never tried it as it's become too hard to find endgrain blocks and too expensive to have them made....but I could saw off the end of a stump and these would cost only my labor. 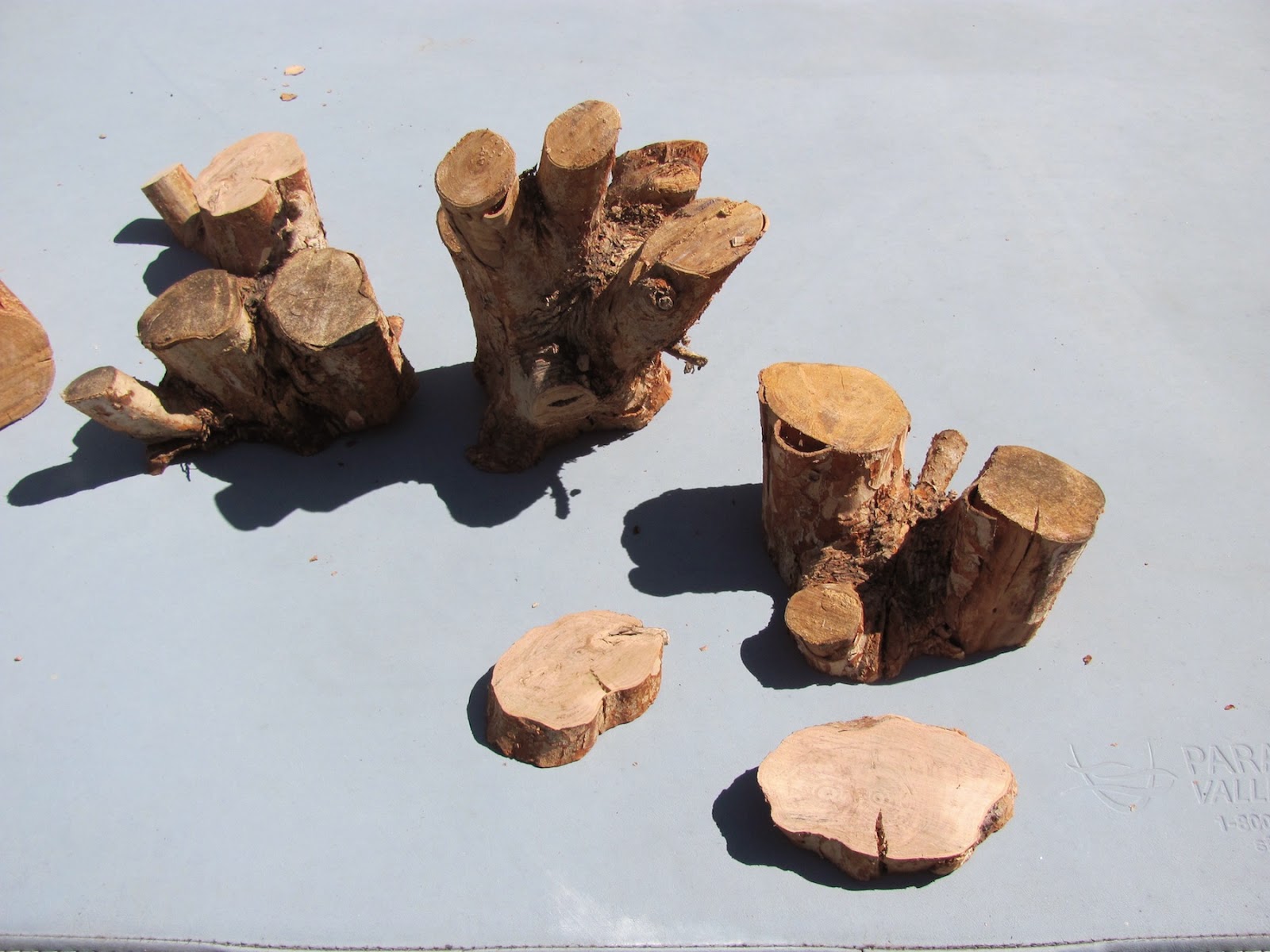 I came back with a box, threw in the fattest trunks and took them home. I didn't have time to properly treat them; but I put half in my mildly damp studio and the others I put under the Pizza oven/which was covered with a tarp. I hoped in my year away that they would dry....and not crack too badly. 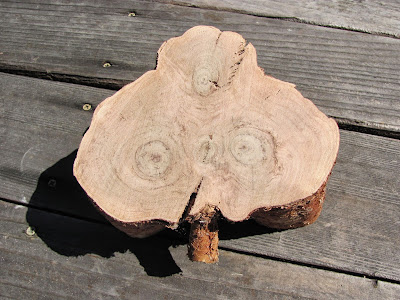 This Summer, I've been too busy with house works and other health issues to really do any artwork. But I did have time to pull out the stumps and survey the wood.  Most of the big pieces had checked (cracked) rather badly.....but I sawed off a few rounds........I sanded a couple smooth; and took the ugliest, most suited to a test carving, and continued sanding until it was glass smooth.

I drew a sketch of a plant I've been meaning to do a print of for a couple of years....
Cardinal climber or creeper (the name changes and they're not exactly the same....but it's a cross of a wild and domestic climbing morning glory). It's a great humming bird attractor and I've planted it a couple of times with little success, but last Summer my housemate Sandy got some to grow; and I took a few sketches/photos. 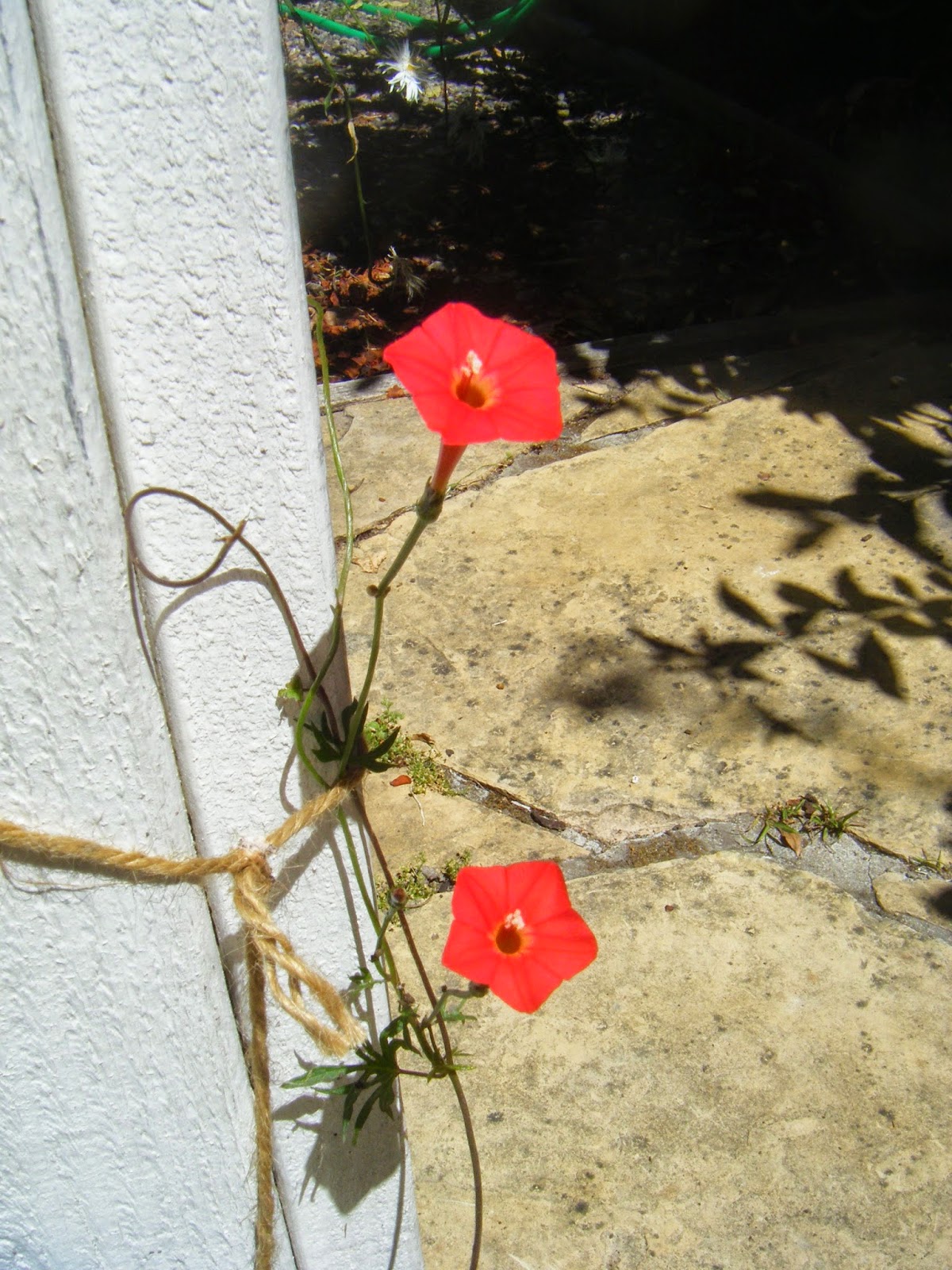 So armed with a subject; a sketch; a wood round; and a few engraving tools I decided to give it a go.
Since this will be only one block and the registration will not be an issue. I just redrew my sketch onto the smooth end. I tinted the block with a little greenish wash to help show the future cuts.
It was a bit of a mess; I didn't really know how to hold or use the tint--the sharp pointed tool used to outline my shapes. Nor did the scorpers---clearing tools seem to want to obey my clumsy hands.  But by the second day, I resharpened the tools,  tried holding them at a shallower angle and things started to go better. And by the time I decided I was done (parts were shaggy and ragged, others clean and well-defined). This was meant to be a test and I didn't want to expend too much time and energy on an experiment.


And here is the result.

These were printed by hand using a baren. I printed a few onto a Japanese paper (echizen kozo--here) and two papers better suited for engravings and etchings.

The back of the block was still uneven stump so printing was a bit of a disaster...I ended up making a clay base to hold the block, I'd lay the damp paper in place, set it with a light pressure of the baren, then pick the whole thing up and supported with one hand from behind, rub the surface with the baren hard....I got the hang of it after about 4-5.......

It was fun to try and the results, although crude, are appealing--I like the crisp effects the crosshatching yields, and I'm not really used to working in black and white--but I'll try to pick out a few ideas that will work well in this format and technique.  I like close hand work and detail, so it's a technique I might be able to use to my advantage, once I get better at it. 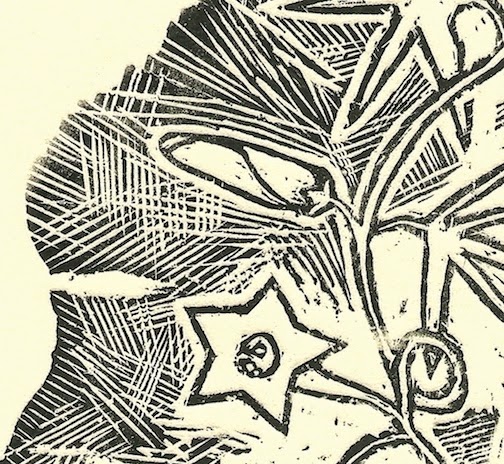 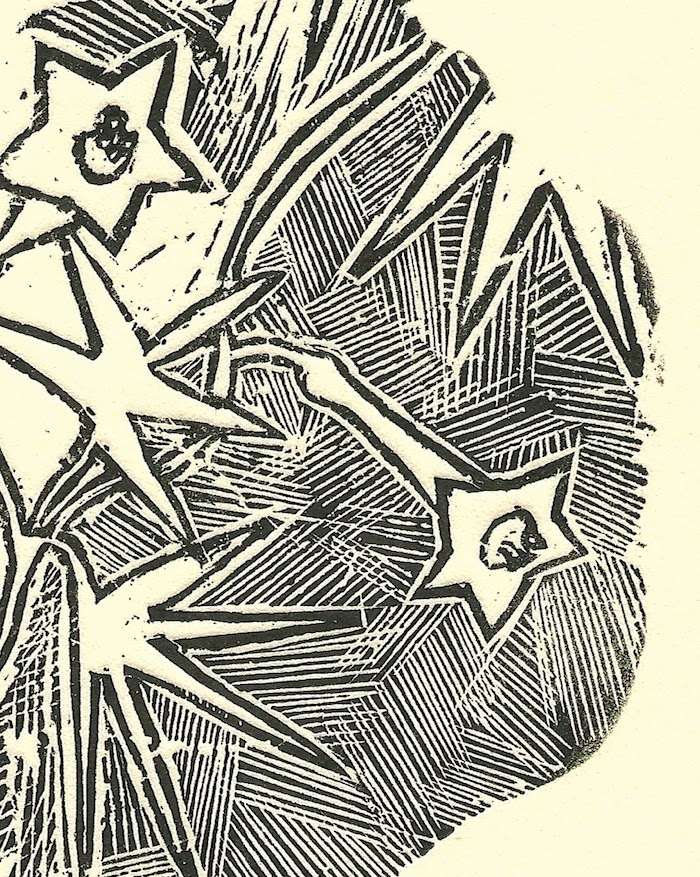 I'll let the stumps dry for another year (they'll carve better). But I'll take a few rounds with me when I head back to Italy this September.  It's a totally different technique than moku hanga, and I'll have to work really small......but I want to try another one......
Posted by Andrew Stone at 12:42 AM No comments: